Faith, Hope, and Beauty in the Face of Cancer 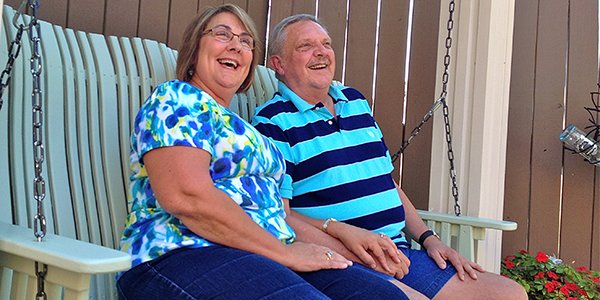 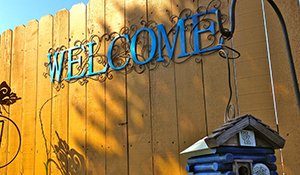 For anyone driving through the northern Kentucky suburb of Villa Hills, it’s easy to spot the home of Dick and Debbie Mauntel. Their yard is the one that stands out. It’s perfectly manicured, beautifully landscaped, and bursting with color year-round. If you’re lucky, you’ll catch birds taking a dip in the stone birdbath. You might even hear the peaceful clinks from a wind chime made of vintage serving utensils.

Most likely, you’ll find the couple of 36 years sitting in their swing, taking it all in. “We’ve done things in stages,” Dick says. “We did the front yard first, then we did the backyard, and it’s come together.”

It’s come together so beautifully, the Villa Hills Garden Club named the property the 2014 Yard of the Year. 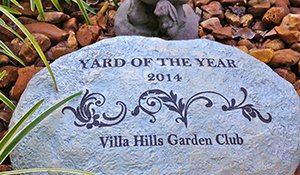 “We received a stone that says, ‘Yard of the Year,'” Debbie, the grand architect of the yard, explains. “I didn’t even care about being in the newspaper. I just wanted that stone. It’s so cute.”

There are other stones in their gardens too. Many of them are engraved with words such as “gratitude,” “hope,” and “live.” Words that took on a whole new meaning for Dick and Debbie on Aug. 26, 2013 when, at age 59, Dick was diagnosed with rectal cancer. 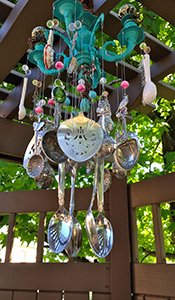 Both work in the medical field, and both knew they had to get ready for an aggressive fight. Debbie, a nurse at St. Elizabeth Health sytem, chose the team of physicians she wanted to care for her husband. She knew they wanted a physician from OHC. Dick and Debbie decided to place their hope in Dr. Doug Flora and Dr. Susan Feeney, both OHC physicians, who helped them navigate through their treatment choices, including a clinical trial drug which they believed would help Dick in his recovery.

“We discussed the idea of a clinical trial drug for about 60 seconds and basically said this was a no-brainer,” Dick explains. “Both of us being in the medical field, we really understood the importance of things like that. I thought, first of all, if it helped me, great. I was already at the bottom of the barrel. I was just diagnosed. At that point and time, you’re at your lowest and the only way to go is up. From that aspect, I definitely wanted to do it. And then I thought, even if it doesn’t help me, what OHC is doing could help someone five, ten, 15 years down 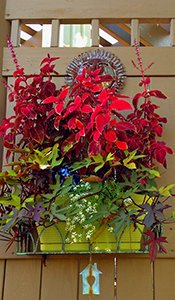 the road. That was a win-win situation no matter how you looked at it.”

Dick and Debbie made the clinical trial the first step in their cancer care. And that’s exactly what experts at OHC recommend for the best chance at fighting and beating the disease. Patients who participate in trials are taking part in the advancement of science and medical care for themselves and for others.

“I can’t imagine people not wanting to be part of a clinical trial,” Dick says.

The patient-focused treatment plan included a clinical trial drug, additional chemotherapy, radiation, and surgery. Twelve months after his treatment, Dick is now in remission. The tumor is gone.

“I am sure the research drug had a lot to do with that. The cancer was vaporized.”

Getting there took incredible strength. The entire treatment took a toll on Dick’s body, including months of pain and weakness. “I couldn’t walk 10 feet without stopping and sitting down and catching my breath. After a few 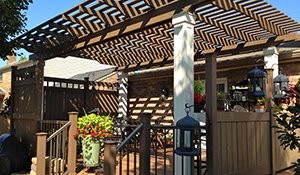 minutes I’d feel okay. I’d walk up the stairs and have to stop again,” he explains.

But during his darkest times, he found strength in his wife, Debbie; two sons; four grandchildren; and close friends.

“We were going through a really rough time,” shares Debbie. “I didn’t really feel like dealing with all these pots and flowers and bushes and vines.” Dick felt differently. “I looked at her and said, ‘When I look outside and see what you’ve created, it makes me happy.'”

“And that’s all I had to hear,” Debbie says smiling. 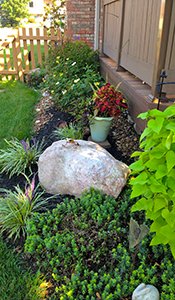 The journey Dick and Debbie took was not unlike the stages of their beautiful garden: seeking expert advice and a personalized plan of care; creating a vision of hope; and administering TLC (tender loving care).

“Under trying times, it was a very good experience to have someone sit there and listen to your concerns,” he says. “We feel like we had the best doctors, the best nurses, the best in everything at OHC. That really makes a big difference.”

Life is almost back to full bloom for the Mauntels. Dick is starting to get his strength back and hopes to return to work in the near future.

“I’m not going on Dancing with the Stars anytime soon, but I’m feeling better,” he laughs.

Dick and Debbie say they are both extremely thankful for their experience with OHC and know they will continue to stay positive.

“God, faith, and prayer is our mantra,” Debbie says. “We couldn’t have gotten through this without them.” 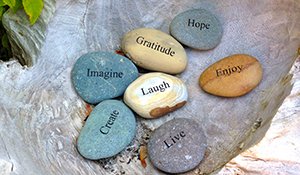 Now they sit back, relax, enjoy their yard, and rejoice in the fact that everything at home is once again brimming with life.

Visit the OHC Clinical Trials section of our website to learn more. Before you enroll in a clinical trial, talk to your physician or nurse navigator. They can tell you about current and upcoming studies that match your situation, as well as any risks and benefits.

2 responses to “Faith, Hope, and Beauty in the Face of Cancer”