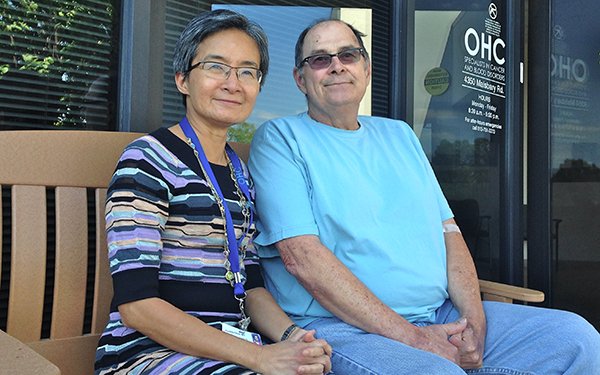 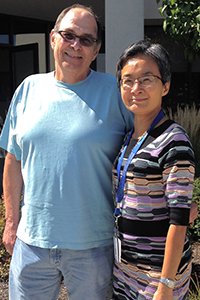 Michael Belavic has the chance to see some of the most beautiful parts of our country on a regular basis. Working for a major pipeline company keeps this 64-year-old busy, but also satisfied.

He passes iconic national landmarks like Mount Rushmore as he travels the nation going to and from the latest job site. His road trips allow him to take in memorable events and landscapes that most people only read about.

He calls California home, but spends just a handful of months a year there. When he’s not on the West Coast visiting his children and grandchildren, he’s either on the road, or setting up shop in a new town for his latest pipeline duties. Most of his assignments are in the Midwest. He’s spent a lot of time in Ohio. In fact, it’s here that Michael says he made one of the most important choices of his life.

In the summer of 2008, Michael started to notice something wasn’t exactly right with his health. The trouble began as, what seemed to be, a little routine soreness around his back.

“It wasn’t ever anything that would jump out at you and say something is really wrong here,” he says. “The nature of the work I do, you’re always lifting stuff in and out of a vehicle, in and out of motels, for traveling.”

He dismissed the pain for a few days until his body decided to give him an even stronger signal that things weren’t right. “I couldn’t make my foot go into my shoe sitting on the floor,” he recalls. “I couldn’t walk.”

There was so much pressure on his spine, his mobility was suddenly limited. Things went from mild pain that he could dismiss to a dire situation that needed immediate attention.

The immediacy only grew from there. Next thing Michael knew, he was diagnosed with multiple myeloma, a cancer that forms in a type of white blood cells known as plasma cells.

While he was in Ohio, he chose treatment with the doctors of OHC. He says he was in the right place at the right time. Within one day he was on a chemo and radiation regimen to attack the cancer.

Michael says it’s easy to see why OHC is nationally known for first-rate cancer care. With more than 60 oncologist and advanced practice providers ready to help patients along every step of their care, Michael was able to be seen immediately by OHC medical oncologist Dr. Cynthia Chua and radiation oncologists Dr. Jennifer Gerson and Dr. John Sacco.

“With a cancer diagnosis, there are enough changes in your life. You don’t need to have anxiety over treatment and care,” he says. “I am very confident in Dr. Chua and the whole staff.” So confident, he’d rather drive two hours to OHC from his central Ohio work location (and another two hours back) than to a closer oncologist.

Michael knows first-hand the value of excellent oncology care because cancer has been an enemy of his entire family for quite some time. His mother battled breast cancer twice and died from ovarian cancer in the 1970s. The same disease also claimed the life of his sister, Sue, just two years ago.

“I knew in the back of my mind that there was a a good chance I could get cancer. I guess I was somehow mentally prepared to deal with it when it became reality. I am not saying I wasn’t afraid or wasn’t scared. I was lucky enough to get something that was treatable.”

Michael receives the majority of his coordinated care in Ohio through Dr. Chua. He received a bone marrow stem cell transplant back home in California that was completed successfully in 2009.

He made it to his daughter’s wedding and was able to proudly give her away. He’s been showing signs of improvement ever since.

While myeloma is not curable, it is manageable. Michael’s treatments are ongoing and he makes regular trips back to the offices at OHC to see Dr. Chua and her team. He says he couldn’t have made such wonderful progress without their highly specialized and compassionate care.

“When it first started, I went for walks and could only make it past four driveways and then turned around. Then I made myself do five driveways. Within a month, I was going a mile or two.”

Before those signs of improvement, he had to take almost a year off work for the treatments and recovery. However, now he’s back on the road and back to the job and the travels he loves. It’s one incredible journey he doesn’t see coming to an end anytime soon. And according to his OHC care team, his journey is never traveled without a smile and positive attitude for those around him.

“I am not going to let cancer dictate how I feel or how I think about things,” he says. “Do what you’ve got to do to move forward. Life is too short not to be positive.”