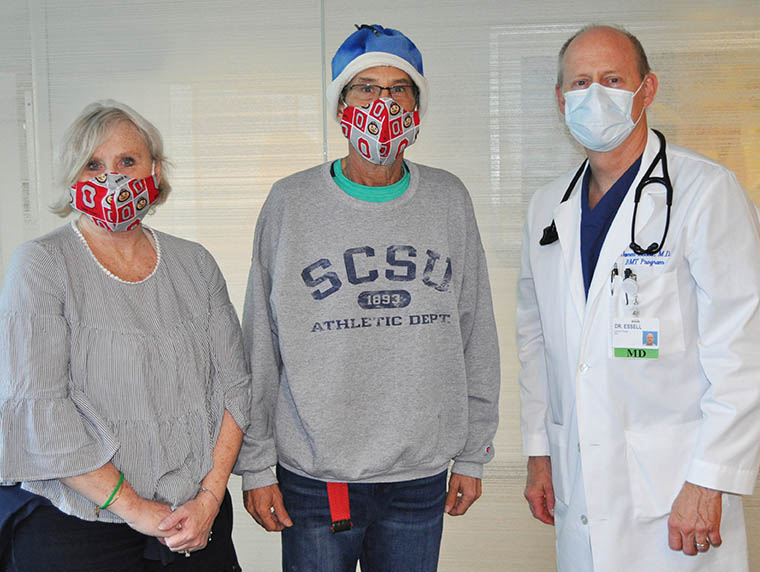 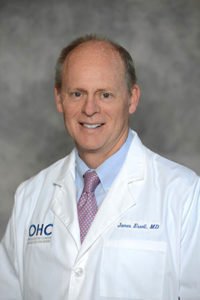 Henry Picagli never expected to be sharing such a personal story with others, but after a near-death episode and a ground-breaking treatment for his non-Hodgkin’s lymphoma, Henry and his wife Jody are now sharing their story to bring a message of hope and faith to others who may feel like giving up.

Two years ago, Henry noticed lumps in his lymph node areas. After a trip to the emergency room, Henry was told he needed to see an oncologist, and he chose OHC’s Piyush V. Patel, MD, MS, a noted medical oncologist and hematologist.

Henry and Jody met with Dr. Essell to discuss his personalized treatment plan. Henry would first be treated through a clinical trial with R-CHP plus polatuzumab. Henry did well for six months but unfortunately the cancer returned.

His next treatment was called R-ICE, a combination of chemotherapy drugs that are used to shrink lymphoma and decrease symptoms related to lymphoma. Unfortunately, Henry didn’t tolerate this treatment and had to discontinue it.

Typically, the next step would be a stem transplant, but Henry wasn’t well enough for the procedure. That’s when Dr. Essell informed Henry and Jody about CAR-T and how it re-trains the body’s own immune system cells to recognize and kill cancer cells.

“Dr. Essell told us about the CAR-T clinical trial OHC was offering for patients in my exact situation and that he thought I would do well with the treatment. So, I said, ‘Okay.’ I was immediately all-in for two reasons. Obviously, I want to live, but I also want others to benefit from what I’m doing. Even if it helps only one person. And I have complete confidence in Dr. Essell. I trust him and will do whatever he tells me,” Henry said.

“Henry was immediately all-in, but I wasn’t,” said Jody. “I was angry at the cancer. I was angry that it came back. And I was scared. When all of this started, it made me realize just how much I love him, and I didn’t want to lose him. At one point the staff called me to come in because they thought we might lose him. But Dr. Essell said he would not give up. He would fight for Henry, and you could tell he meant it. He said he was going to do everything he could to save Henry and get us back to our normal lives.”

And so, on Friday, March 13, Henry had his CAR-T treatment at the OHC Kenwood office. He became the first patient in the clinical trial for patients whose B-cell non-Hodgkin’s lymphoma didn’t initially respond to chemotherapy or it returned after chemotherapy. (The trial is also evaluating the administration of the treatment in an outpatient setting.)

“At first, right after CAR-T, I had a seizure, which I’m told can happen, and they took care of it. I also felt a little weak, kind of dull,” Henry explained. “But it was really nothing. It was more like an inconvenience. Now it’s all gone. I have no side effects. I feel much better and brighter. And, after having lost almost 70 pounds during my illness, I’ve gained 27 pounds back.”

“And his sarcastic humor is back,” Jody added with a smile.

Best of all, Henry’s scans are clear and, according to Dr. Essell, he is in complete remission.

“When Dr. Essell first told us about CAR-T, I did some research,” said Jody. “I spoke to people at the Leukemia and Lymphoma Society. I searched the Internet. I spoke with friends in the medical field. Everyone said the same thing: You have no idea how lucky you are to be able to get this treatment and that it’s available at OHC. And they were right.”

Each day, the cancer experts at OHC are providing cancer patients with early access to the most promising treatments, like CAR-T, and giving them hope of conquering their disease. They also provide support for emotional, spiritual and financial concerns so you have everything you need to focus on beating cancer.

“We’ve had wonderful support from our church, friends and family, which includes six children and 10 grandchildren. It also includes the team at OHC,” said Jody. “They are kind and gentle and they take time to explain what’s going to happen, and make you feel at ease. The entire team checks to make sure you’re doing okay. And not just Henry, but me, too.”

Henry is now focused on gaining more weight, getting stronger and returning to work selling insurance. He also wants to help others by sharing his story.

“I got in the trial so others can benefit from what the doctors learn from me,” Henry explained. “I also want to share my story and tell everyone to have faith and not give up.”

If you or a loved one has been diagnosed with cancer, you can learn more about OHC’s clinical trials, schedule an appointment, or request a second opinion, at ohcare.com or call 1-888-649-4800.