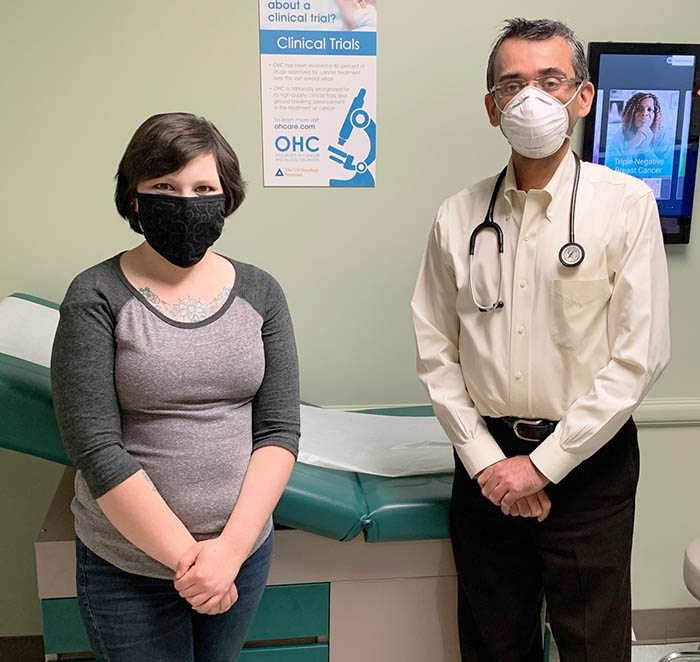 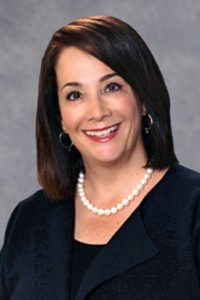 Sheila Barbre was receiving treatment for breast cancer under the watchful eye of OHC’s Prasad Kudalkar, MD, medical oncologist and hematologist. Her treatment was going as planned until she experienced a set-back: Sheila had a seizure. She later learned that the seizure was caused from her breast cancer which had spread to her brain.

Fortunate for Sheila, she was in the hands of the only cancer experts to offer the precision radiosurgery treatment, Gamma Knife. After Sheila had surgery to remove as much of the cancer as possible, the next step was to deal with several small tumors and a couple large tumors that were inoperable, and that is when the OHC radiation oncology team took over using Gamma Knife.

“Gamma Knife is great!” Sheila explained. “Probably the biggest benefit, at least for me, is that it takes only one day. And the process OHC and the team have set-up is great. It begins with the OHC doctors creating a personalized treatment plan specifically for you. When you come in for treatment, they have special parking spaces at the hospital, which I found to be really nice and helpful. And you don’t have to wear a gown. You can wear whatever you want as long as you are comfortable and wearing no metal.”

“Next, for your MRI, they put a frame on your head. It doesn’t hurt, just feels slightly awkward. When you come back from the MRI, they have a meal ready and waiting for you!” said Sheila. “My OHC team has been wonderful. They work so well together to care for me. You can tell the whole experience has been very thoughtout and is very focused on patients.”

“Our team uses Gamma Knife, which incidentally isn’t a knife, to deliver high-intensity gamma rays to treat virtually any location in the brain with ultra-high precision and minimal effect on healthy tissue,” said Dr. Levick. “It doesn’t require an incision so there are none of the risks associated with surgery and anesthesia. It requires only one treatment, and that usually takes less than an hour depending on the individual case. Some of our patients report feeling an improvement within days of the procedure.”

“I was back to my usual routine the day after my treatment,” said Sheila. “I had no side effects and I haven’t had a seizure since my treatment, which was August of 2019. If a new tumor appears, they just go in and zap and I’m all finished. If anyone suggests OHC or Gamma Knife, do it! It works! I can’t imagine being in better hands.”

Another unexpected benefit of Gamma Knife was noted in a recent study to investigate the immune system after Gamma Knife radiosurgery and whole brain radiation therapy in patients with brain metastases. These findings suggest that treatment of metastatic brain tumors with Gamma Knife might stimulate a systemic immune response against the tumor. It is also well documented that there are fewer cognitive changes, such as memory and reasoning, with Gamma Knife than with whole brain radiation, resulting in a better quality of life.

“This is exciting because the purpose of Gamma Knife is to reduce or eliminate the tumors with precise radiation. Now there is a possibility is may trigger the immune system to respond to the tumor,” Dr. Levick added.

Gamma Knife is example of how OHC is bringing innovative technology and promising new cancer treatments to the region. If you would like to learn more about Gamma Knife and the team of cancer experts at OHC, or to request a second opinion, visit ohcare.com or call 1-888-649-4800.

Pictured is OHC patient Sheila Barbre with her medical oncologist, OHC’s Dr. Prasad R. Kudulkar. They are wearing masks and standing apart due to the coronavirus outbreak at the time this picture was taken.