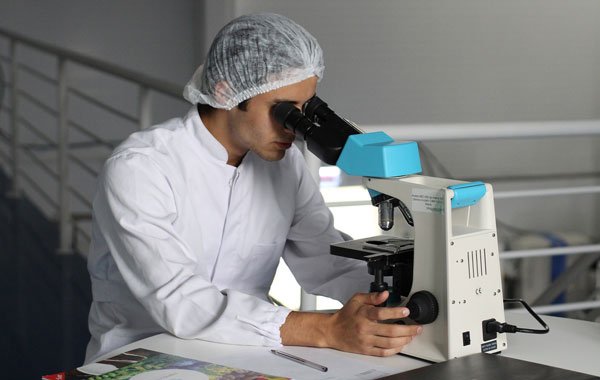 A new study identifies genes that are necessary in cancer cells for immunotherapy to work, addressing the problem of why some tumors don’t respond to immunotherapy or respond initially but then stop as tumor cells develop resistance to immunotherapy.

The study, from the National Cancer Institute (NCI), was led by Nicholas Restifo, M.D., a senior investigator with NCI’s Center for Cancer Research, with coauthors from NCI; Georgetown University, Washington D.C.; the Broad Institute of MIT and Harvard University, Cambridge, Massachusetts; New York University, New York City; and the University of Pennsylvania, Philadelphia. It was published online in Nature on August 7, 2017. NCI is part of the National Institutes of Health (NIH).

“There is a great deal of interest in cancer immunotherapy, especially for patients who have metastatic cancer,” said Dr. Restifo. “The response to immunotherapy can be fantastic, but understanding why some patients don’t respond will help us improve treatments for more patients.”

Cancer immunotherapy relies on T cells, a type of cell in the immune system, to destroy tumors. Dr. Restifo and his colleagues have previously shown that the infusion of large numbers of T cells can trigger complete regression of cancer in patients. They and others have also shown that T cells can directly recognize and kill tumor cells. 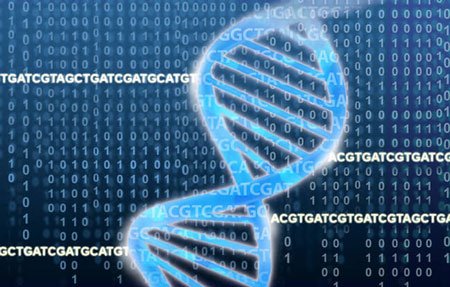 NCI researchers have identified genes that are essential for cancer cells to be killed by T cells. Credit: Jonathan Bailey, NHGRI

However, some tumor cells are resistant to the destruction unleashed by T cells. To investigate the basis for this resistance, the researchers sought to identify the genes in cancer cells that are necessary for them to be killed by T cells.

Working with a melanoma tumor cell line, the researchers used a gene editing technology called CRISPR that “knocks out,” or stops the expression, of individual genes in cancer cells. By knocking out every known protein-encoding gene in the human genome and then testing the ability of the gene-modified melanoma cells to respond to T cells, they found more than 100 genes that may play a role in facilitating tumor destruction by T cells.

Once the team identified these “candidate” genes, they sought additional evidence that these genes play a role in susceptibility to T cell-mediated killing. To this end, they examined data on “cytolytic activity,” or a genetic profile that shows cancer cells are responding to T cells, in more than 11,000 patient tumors from The Cancer Genome Atlas, a collaboration between NCI and the National Human Genome Research Institute, also part of NIH. They found that a number of the genes identified in the CRISPR screen as being necessary for tumor cells to respond to T cells were indeed associated with tumor cytolytic activity in patient samples.

One such gene is called APLNR. The product of this gene is a protein called the apelin receptor. Although it had been suspected to contribute to the development of some cancers, this was the first indication of a role in the response to T cells. Further investigation of tumors from patients resistant to immunotherapies showed that the apelin receptor protein was nonfunctional in some of them, indicating that the loss of this protein may limit the response to immunotherapy treatment.

Shashank Patel, Ph.D., the first author of the study, said the results show that “many more genes than we originally expected play a vital role in dictating the success of cancer immunotherapies.”

The researchers wrote that this gene list could serve as a blueprint to study the emergence of tumor resistance to T cell-based cancer therapies. Dr. Restifo noted that if this set of genes is validated in clinical trials, then this data could eventually lead to more effective treatments for patients.

“If we can truly understand mechanisms of resistance to immunotherapy, we might be able to develop new therapeutics,” he said. “In fact, in the future, this knowledge could speed the development of a new category of drugs that can circumvent these escape mechanisms of tumor cells and help patients experience complete responses.”

Immunotherapy, specifically CAR T-cell therapy, is incredibly promising, like nothing before and it will soon be available right here in Greater Cincinnati, through the doctors of OHC and the Blood Cancer Center at The Jewish Hospital – Mercy Health.

About the National Cancer Institute (NCI): NCI leads the National Cancer Program and NIH’s efforts to dramatically reduce the prevalence of cancer and improve the lives of cancer patients and their families, through research into prevention and cancer biology, the development of new interventions, and the training and mentoring of new researchers. For more information about cancer, please visit the NCI website at cancer.gov or call NCI’s Contact Center (formerly known as the Cancer Information Service) at 1-800-4-CANCER (1-800-422-6237).

About the National Institutes of Health (NIH): NIH, the nation’s medical research agency, includes 27 Institutes and Centers and is a component of the U.S. Department of Health and Human Services. NIH is the primary federal agency conducting and supporting basic, clinical, and translational medical research, and is investigating the causes, treatments, and cures for both common and rare diseases. For more information about NIH and its programs, visit nih.gov.