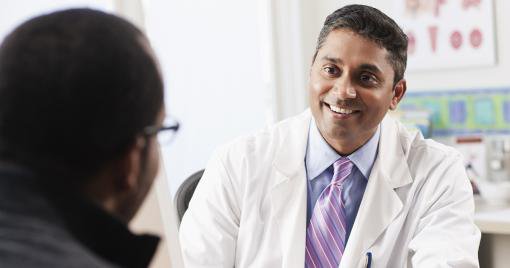 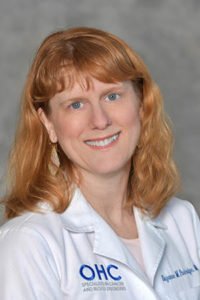 Skin cancer is one of the most common cancers in the United States. In fact, 1 in 5 people die from skin cancer in the U.S. every hour. Each year it is estimated that 100,000 people in the U.S. will be diagnosed with invasive melanoma of the skin.

Melanoma is a very serious form of skin cancer. The issue is the disease’s ability to rapidly spread to other organs. If melanoma has spread, the survival rate is only about 25%. The medical challenge researchers faced was to find a more effective therapeutic approach to addressing this potentially fatal form of cancer.

Researchers began looking at the pathways involved in regulating cellular activity for a solution. The idea was to focus on parts of the melanoma cells that make them different from normal cells and then create a highly targeted therapy that could interfere with cancer cellular reproduction. This would give melanoma patients a fighting chance for survival. It wasn’t long before early studies confirmed the idea had real merit.

“About 10 years ago, OHC participated in clinical trials evaluating two targeted therapies, BRAF inhibitors and MEK inhibitors,” said OHC’s Suzanne M. Partridge, MD, medical oncologist, hematologist and principal investigator for OHC melanoma clinical trials. “At the time, we had the standard chemotherapy treatments, but the melanoma wasn’t responding well to them. We wanted to participate in the clinical trials because the BRAF and MEK inhibitors looked very promising. BRAF and MEK proteins allow the melanoma to grow and these inhibitor drugs stop the proteins from working.”

OHC’s contributions from the clinical trials helped gain approval from the Food and Drug Administration. Now, approximately 10 years later, researchers analyzed the death rate of melanoma patients and reported a decrease. They believe the decrease is due in part to the introduction of these inhibitor drugs.

As a result of the promising data, including study data shared by OHC, the Food and Drug Administration (FDA) approved targeted therapies called BRAF inhibitors and MEK inhibitors in 2011. The BRAF and MEK proteins drive the growth of melanoma and these inhibitor drugs stop the growth. The other treatment approved by the FDA was a type of immunotherapy called immune checkpoint inhibitors. They encourage the body’s own immune system to attack cancer cells.

“Inhibitors have really revolutionized the treatment of patients with advanced melanoma and many other cancers,” shares Dr. Partridge. “For example, the checkpoint inhibitors block what we call receptors. Receptors allow the cancer to grow. Once the receptors are blocked, the body’s immune system T-cells go to work, finding and killing cancer cells. As a result, patients experience improved survival.”

Kim Schlomer, an OHC patient diagnosed with stage 4 metastatic melanoma in 2014, strongly believes the inhibitor drugs and Dr. Partridge are what have kept her going.

“My family doctor noticed something on my foot back in 2007,” Kim explained. “The decision was made that it was probably nothing. Seven years later, it had become stage 4 metastatic melanoma, so I was referred to OHC and Dr. Partridge.”

As part of Kim’s personalized treatment plan, Dr. Partridge recommended the inhibitors and she’s has been in remission for six years. Kim’s melanoma returned last year in a different location, and she is again being treated with an inhibitor drug. So far, the drug has stopped the tumor’s growth.

OHC’s clinical trials participation has increased the availability of these targeted treatments, and as a result, more people are surviving melanoma and other cancers, giving them another reason to be more optimistic about their condition. To learn more about OHC’s nationally-recognized clinical trials program, click here.

OHC is at the forefront of cancer treatments, using the latest therapies to improve the survival rate of patients like Kim. OHC surrounds patients with leading-edge treatments and compassionate care so they can focus on beating cancer. To learn more about how the cancer experts at OHC are using immunotherapy and targeted therapies for many types of cancer, or for a second opinion, contact OHC at 1-888-649-4800 or click here.