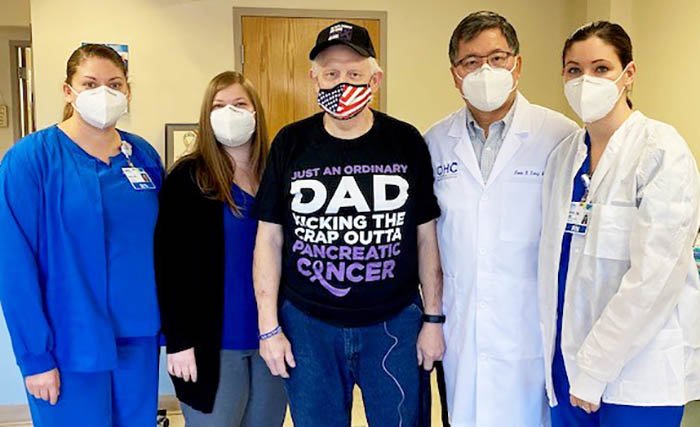 From Evan Z. Lang, MD, MS, medical oncologist and hematologist who specializes in the treatment of pancreatic cancer 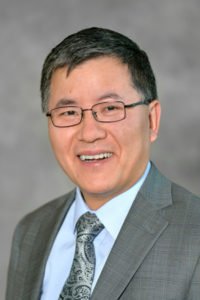 November is Pancreatic Cancer Awareness Month and the cancer experts at OHC believe the more you know about the disease – including risks, symptoms and early detection – as well as advancements in treatments, the better the chance for extended survival.

Pancreatic cancer has the lowest survival rate among major cancers due to many challenges the disease presents.

Because of these challenges, pancreatic cancer isn’t usually found until late stages when it has advanced or spread. Once it has advanced, the average survival period is about 3 – 4 months. Even with good treatment, survival increased to only about 8 months.

The cancer experts at OHC are engaged in efforts to help change these statistics for pancreatic cancer. One factor that can lead to better patient outcomes is early detection. And a key to early detection is knowing the risk factors and symptoms of the disease. Learn what they are here and talk with your doctor or call OHC if any apply to you or a loved one.

For OHC patient Walker Brandenburg, it was ongoing vomiting that raised concerns. After contacting his doctor, Walker was diagnosed with pancreatic cancer in February 2018.

“The doctors found a blockage in my intestine, but it wasn’t cancer. But when they removed it, they found cancer in my pancreas,” said Walker, a Hamilton resident. “They referred me to OHC and Dr. Lang.”

At OHC, we’re seeing more patients with pancreatic cancer doing better in recent years for a number of reasons. Knowing the signs, symptoms and risk factors is one reason. Walker consulted his doctor for his vomiting, which is why it was caught at stage 2.

Another factor that can lead to better outcomes is the advancement in treatments, including new and improved chemotherapy treatments.

There have been many studies evaluating the combination of the drug Gemcitabine with other drugs and they’re giving patients a longer survival. Although Walker had surgery, he still had some remaining cancer. He has achieved long remission with Gemcitabine and Abraxane, and now with Onivyde.

“I’m so thankful for my cancer team at OHC. I have a lot of faith in Dr. Lang, Dr. Weisenberger, Dr. Pratt, and Barb Bunting, my advanced practice provider,” said Walker. “They talk to one another about my treatment and identify new options. It’s great how they all work together to help their patients.”

A third factor that is helping patient with pancreatic cancer is through genetic testing. Genetic testing is not a test for cancer. Instead, it looks for gene changes that cause inherited conditions, such as the well-known BRCA mutations and Lynch syndrome. The inherited conditions can increase a person’s risk for developing cancers, including pancreatic cancer. If a patient’s test results are positive for an inherited condition, it provides valuable information for doctors about how it can be treated and monitored. It also informs other family members that they may be at risk and, in turn, can be more proactive. The testing at OHC has become an integral part of cancer management.

“There is a lot of cancer in my family, especially colon and stomach cancer,” Walker explained, “so at Dr. Lang’s recommendation, I had genetic testing done at OHC.”

“My advice for anyone with pancreatic cancer – or any cancer – is to not give up and find a good group of doctors. Have faith in your doctors and in your religion. I’m going on three years, so stay positive and don’t give up.”

In the past, advanced pancreatic cancer has offered little hope for survival. At OHC, we are helping to change that by supporting efforts to increase awareness of risk factors, signs and symptoms so more cancer can be diagnosed earlier. OHC also offers promising new treatments that are demonstrating longer survival rates.

I believe there is real promise in the future for the use of cellular therapy in the treatment of pancreatic cancer. This includes CAR T-cell therapy, which OHC has been using to treat blood cancers and represents a potential emerging treatment option for pancreatic cancer. We still have a long way to go to determine if this is a viable option, but it’s one that OHC will remain focused on so we can help patients beat their cancer.

To learn more about pancreatic cancer and treatments at OHC, or for a second opinion, visit ohcare.com or call 1-888-649-4800.