The Most Common Cancers: #10 – Endometrial Cancer 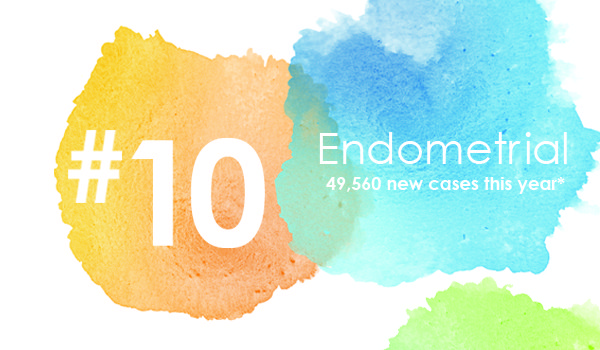 In the coming months, we will bring you a series of articles about the most common cancers in the United States — counting down from #10 to #1.

More information about the individual cancers in the top 10 can be found in our OHC Cancer Database, an important resource for bringing you reliable, cancer-related information that matters.

The 10th most common form of cancer in the United States is endometrial cancer. It occurs in the inner lining (the endometrial layer) of a woman’s uterus. That’s why this form of cancer is also commonly referred to as uterine cancer. There are other forms of cancer that can form in the uterus, but they are far less common. 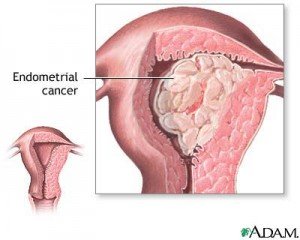 It’s not known for sure what causes endometrial cancer, but it has been credited to some form of genetic mutation that turns the inner lining’s healthy cells into abnormal cells.

There are multiple risk factors for endometrial cancer. They include never having been pregnant, obesity, and age. Regarding the latter, it more commonly occurs in older women, those typically past menopause.

The length of time that a woman menstruated also is a factor. If a woman began menstruation before the age of 12, her endometrium was exposed to estrogen for a longer period of years. As stated above, higher levels of estrogen increase your risk.

Women who have undergone hormone therapy, taking the drug Tamoxifen, as a result of breast cancer are also at risk. Those undergoing this drug therapy should discuss the risk with their physicians.

Some women also have an inherited colon cancer syndrome which is known to increase the likelihood of other cancers, including endometrial.

A key symptom of endometrial cancer is abnormal vaginal bleeding between periods or after menopause. Symptoms might also include a watery or blood-tinged discharge, and pain during sex.

For more information, especially if you’ve experienced any of these symptoms or are at higher risk, contact your physician. In the meantime, you can read more information (as well as find more resources) by clicking over to the OHC Cancer Database endometrial page.