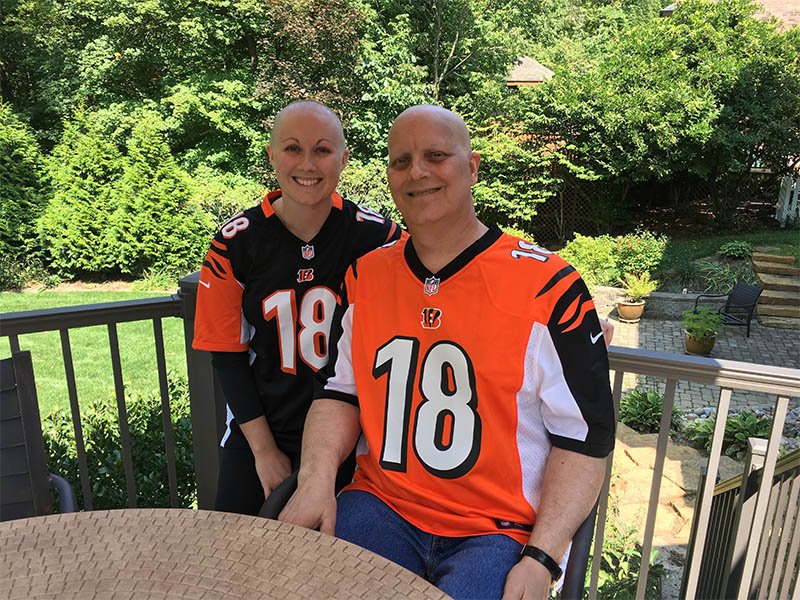 “I’ve always wanted to be like my dad,” said Jen Milau. One day, back in 2017, she learned that she was, in fact, just like her dad, Dan Prows. They were both diagnosed with lymphoma that same year, both had treatment-resistant conditions, and both would undergo stem cell transplants. 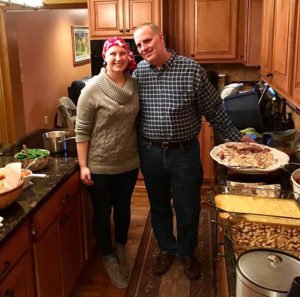 Dan: I noticed a lump in my groin so got it checked. It turned out to be an enlarged lymph node due to non-Hodgkin diffuse large b-cell lymphoma. The standard treatment, chemotherapy called R CHOP, didn’t work. Since my condition was treatment-resistant, Dr. Jim Essell determined the best option for me to have an autologous stem cell transplant. To prepare for the transplant, I was given chemotherapy referred to as “RICE” to shrink the lymph node as much as possible and then a stem cell workup to stimulate my bone marrow.

Jen: I had planned to be the supportive daughter to help dad through this. And I was – until I became a patient.

I’d been having recurring coughs, infections, illnesses, but it wasn’t until shortly after dad’s diagnosis that I was on a treadmill and couldn’t catch my breath. Later, in the emergency room, I learned I had a large tumor in my chest. A biopsy revealed it was lymphoma. Just like my dad.

Dan: At this point, I had finished RICE and was preparing for my transplant. I knew I had to be “all in” if my treatment was going to be effective. Then this happened to her. I couldn’t believe it, that she had cancer, too. I had thoughts running through my head. What gene did I give her? Is it environmental? How did we both get it and at the same time?

Jen: My first round of chemo was on August 4, 2017. My body wasn’t handling it well. On August 8, I passed out and my husband took me to the OHC office at The Jewish Hospital – the same day of dad’s transplant! Because I was sick from the chemo and needed fluids, they wheeled me from the OHC office right over to the Blood Cancer Center where my dad was. I got to be with him as he received his last of ten bags of stem cells!

Dan: At this point, I was back to work full-time and I would stop by the hospital to see her every night. 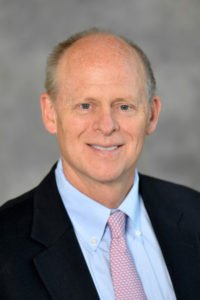 Jen: It was reassuring that I could ask dad questions. We spent time swapping our grossest side effects stories and traded tips on how to fight back against chemo brain. We reflected on our gratitude for the incredible support our family offered, and wondered out loud how difficult this journey would be without them. While profoundly distressing, it honestly felt like a gift to be able to go through these experiences together.

Dan: We had a lot of the same caregivers.

Jen: Yea, Dad was seeing Dr. Essell, so when I was diagnosed, I asked him, “Will you be my oncologist, too?”

Dan: We felt like we were part of a family. They knew our names and our situations. They asked us questions about us, not just about our treatment. I even remembered Dr. Essell from pharmacy school.

Jen: I would come in to see dad and they knew me and knew he was my dad and what we were both going through.

Dan: And they are really good clinicians. They know their stuff. I’m a clinician, too, so I can tell. Plus they are very gifted in their interpersonal skills. They have good instincts about what you need at that moment, whether it be a hug or laughter.

Jen: Dr. Essell, Diane and Maria served as reliable and caring experts throughout the entire process. They helped me understand that while I might know a lot about healthcare, I needed to take a step back and allow myself to just be a patient. It was difficult letting other people take care of me, but they proved time and time again that they are truly unmatched in their ability to remain kind and patient while still delivering evidence-based care.

And our family. We are so lucky to have such strong people in our lives.

Dan: My wife put up a strong front. It was hard because she was doing it times two. As I was getting better, Jen got sick. There was a 3 month period where she was taking care of both of us.

Jen: My husband was the rock that kept me grounded through it all.

By April, I was back to work full-time. My recovery was fast. I am back to normal. Dad is doing great, too. He’s in remission. I get immunotherapy treatment every three weeks because I was treatment-resistant Hodgkins. I feel good, have no side effects and I’m living life. But there is the most devastating part of this: the possibility that I won’t be able to have kids. They told me about a procedure where they remove your ovaries and preserve them until a time when they can safely implant them. This gives me hope that I will be able to conceive, and be a good parent. Just like my dad.