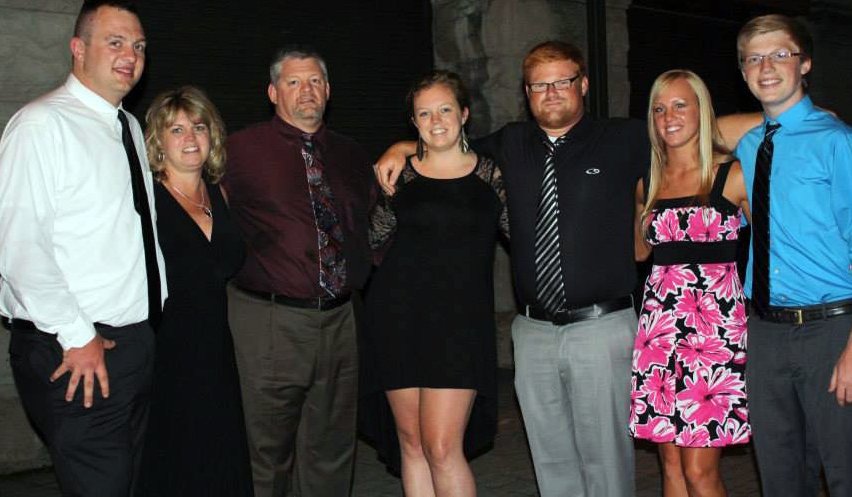 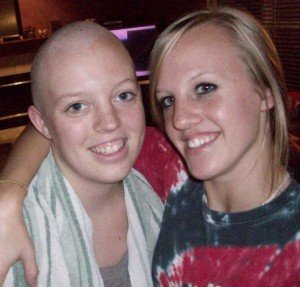 Amanda received lots of love and support from her many friends and family.

As spring began to bloom across the campus of the University of Cincinnati — big changes were also in store for 20-year-old sophomore Amanda Janzen. It was 2009, and in addition to her class schedule, Amanda was balancing two part-time jobs. So when she started to experience weight loss and extreme exhaustion, she didn’t immediately worry.

“I was waitressing nights, so my fatigue was not hard to explain,” she remembers.

She made it through the spring quarter, but her symptoms did not get any better. For the entire month of July, she had a low-grade fever. Again, it wasn’t enough for her to panic. She treated it with ibuprofen and went on with her busy life. However, as the fever persisted, so did her mother’s concern.

“My mom was an in-home care nurse and a nurturer by nature,” Amanda says. “She was bugging me to go see the doctor, but going to school full time and with two part-time jobs, I didn’t have time to go see a doctor. Finally, I agreed to go to appease my mom and made an appointment.”

During her appointment, a round of x-rays and CAT scans revealed she had enlarged lymph nodes. A biopsy was immediately ordered. A few days later, they got the call. The biopsy results were in, but Amanda was still asleep, so her mom took the call.

“My mom is very emotional – she cries at Hallmark greeting cards,” Amanda says. “So she was an emotional wreck over this.” 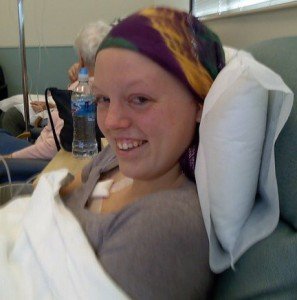 Amanda’s mom waited until her daughter woke up. She gathered the rest of Amanda’s siblings together to share the news. Amanda still remembers her mother’s exact words.

“My mom said, ‘the doctors think that you might have cancer.’”

Amanda recalls trying to prepare for the news in the days after the biopsy – but she says nothing could have gotten her ready. She was shocked and completely caught off guard by the announcement. It was not the news she, or anyone in her family, was hoping for.

“It was the first time I ever saw my dad cry,” she says.

By now, it was autumn. Back at college, the leaves were changing colors and fall was beginning to transform the campus once again – just as Amanda prepared to enter a whole new phase of her life too.

The first step was surgery to remove the lymph node. Thirty members of her family gathered in the waiting room that day. Her mom was by her side when she awoke.

Amanda and her family knew they had to get serious about fighting the cancer, and they wanted to make sure they were in the best hands possible to tackle the disease. That’s when they turned to OHC, the region’s premier provider of cancer and blood disorder treatment.

Her official diagnosis was Hodgkin’s Lymphoma. The team at OHC prescribed an aggressive chemotherapy treatment, with a total of 12 rounds, administered every other week.

Her second chemo treatment came just before her 21st birthday. But Amanda refused to let cancer ruin this milestone. Arrangements were made to celebrate at a casino in Indiana. She and her family even worked with doctors to get Amanda cleared for one celebratory drink to mark the special occasion. So on Sept. 21, 2009, they made it happen – drink and all. Amanda recalls fondly being pushed in a wheelchair around the casino while sipping her daiquiri. 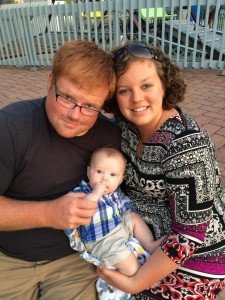 Amanda today is a healthy, happy pre-pharmacy student with a loving fiancé and beautiful son.

But the triumphs didn’t end on her birthday. She soon had even more to celebrate when she found out, after just eight of the 12 scheduled chemo treatments, her tumors were significantly reduced. The team at OHC decided she did not need to complete the last four chemotherapy sessions. Instead, they decided on a less invasive prescription of 20 radiation treatments.

Five years later, thanks to her will to fight, the support of her family and the remarkable treatment she received at OHC, Amanda’s cancer remains in remission.

“It grew me up overnight,” she says. “I think I’m most thankful that it turned me around in school, and I was able to set my path. I instantly became this responsible person, I cared about nutrition, school, everything. In a lot of ways, it made me a better person.”

Today, Amanda is engaged to the love of her life, Steven, and has a one-year-old son, Xander. She graduated with a bachelor’s degree in communications degree – but now she a new career focus – she plans on becoming a pharmacist. She says her experience with cancer and the care she received at OHC inspired her to pursue a job in the medical field.

She is working part time at a pharmacy and is back in school full time for pre-pharmacy. She wants to specialize in chemotherapy medications.

“Chemo is such a dark evil thing but, yet, that medicine saved my life,” she says. “I want to study that.”

Fighting cancer has already taught her so much. Most important, she’s learned life can change as quickly as the seasons. But with each new beginning comes hope. And that’s a lesson she wants to pass on to others.

“I want to help other people get through it.”