Sisters Stick Together Through Their Cancer Journey

Home  >  Patient Stories  >  Sisters Stick Together Through Their Cancer Journey 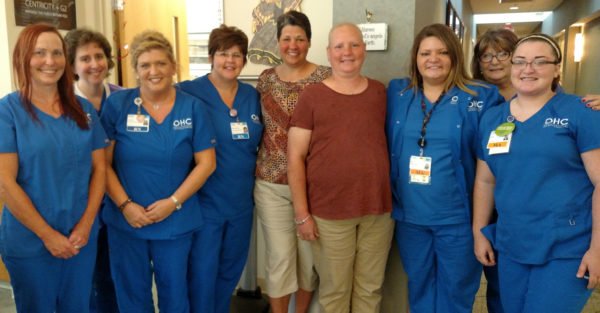 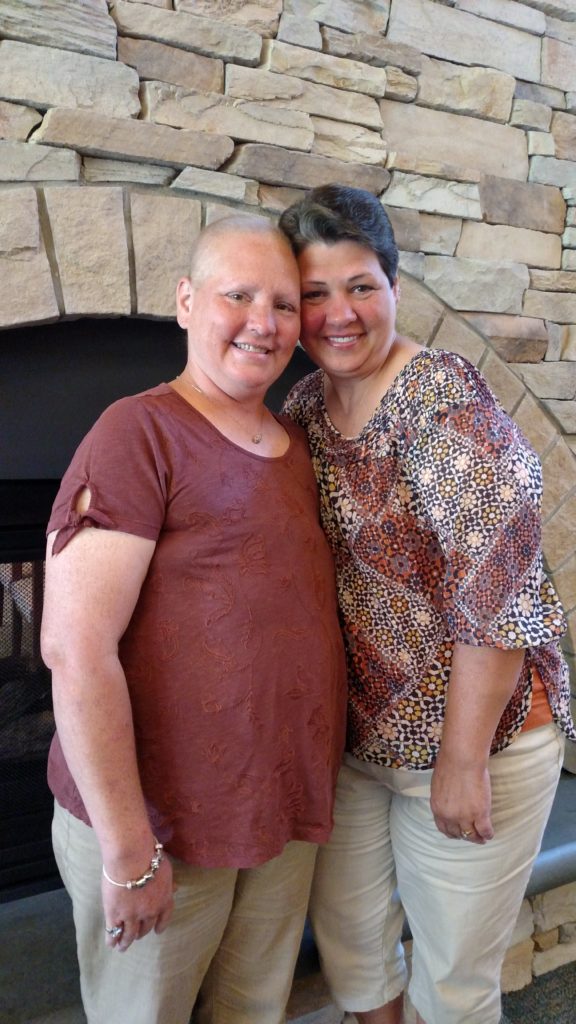 Debbie Acton and Tonia Manning are sisters. And like other sisters, they’ve been through numerous life events together: holidays, school, weddings, births and more. On the Sunday morning after Debbie had just turned 39, she noticed a lump in her breasts. Her husband encouraged her to call the doctor and so she did the following day. It would become the beginning of a very long and ongoing journey – for both sisters. This is the story of their journey through cancer.

Tonia: Debbie’s the oldest and I’m third of four. Even though we lost our mom to cancer, we didn’t really have any experience with it. Mom was diagnosed at age 56 or 57, and she passed away at 58. So when I heard Debbie had breast cancer…

Tonia pauses as she begins to cry.

…well we had just lost mom, so that was my biggest fear. That we’d lose Debbie too. I thought we’d only have a short time with Debbie.

Debbie: When I learned I had breast cancer, I didn’t relate it to my mom and grandmother having had cancer. I was just focused on staying positive because at the time I had two small children.

Tonia: My gynecologist suggested I get a mammogram early since Mom, Debbie and our grandmother had cancer. My mother-in-law also suggested it, but I didn’t want to. I didn’t think I needed to because I wasn’t 40 yet! Then in 2013, I discover a lump in my breast. I was also 39, just like Debbie, and yet I still tried to ignore it. I was in complete denial. I decided I would give it a couple days to see if it would go away. Well, my husband called later that day to see if I had called the doctor. When I said no, he demanded I go get checked.

Debbie: When I learned Tonia had breast cancer, my chest got really heavy. I didn’t want her to have to go through what I did.

Tonia: I just followed what Debbie did. I asked Dr. Singh if I should go somewhere else and he said no because everything I would get somewhere else, I will get right here. We have complete faith that this is where we’re supposed to be for care. I absolutely love Dr. Singh. You can feel that he really does care. He always wants a hug. Not a handshake, a hug. 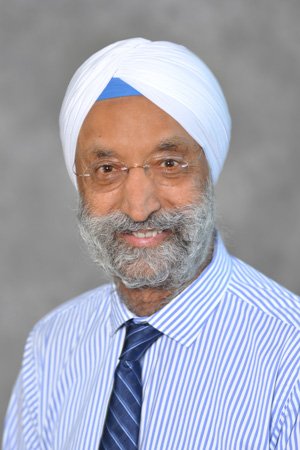 Debbie: I felt like God put everyone I needed in my path. OHC always had my best interests at heart. I couldn’t have gone anywhere else and gotten better care. Dr. Singh and the staff are always reassuring.

Tonia: I had so much help. At the time of my treatment, my oldest daughter was 15 and she helped a lot. I’m a school bus driver and all the other drivers helped. They made so many meals we had to stock them in the freezer. They made food for my kids’ lunches so I wouldn’t have to worry about them. They will never know how much they helped me. I even got help from complete strangers. And then there was Debbie, who did so much to help me even thought she was in the middle of her own treatment.

Debbie: It helps to have support. Our siblings are very supportive. And the first time I was diagnosed, my “church family” helped a lot. They brought us dinners and gave us gift cards. Those were great, especially for food because when you don’t feel well you can use those for your family. And when you’re getting chemo, things don’t taste right. I missed my Pepsi the most!

In 2014, Debbie was diagnosed a third time. This time the cancer was in her lymph nodes and was inoperable. Shortly after, Tonia received a second diagnosis. The same cancer she had in her breast returned to her ribs, back and lymph nodes.

Tonia: After my breast cancer, I had genetic testing done and tested positive for the BRCA gene. I went ahead and had both of my breasts removed and had a hysterectomy. And yet the cancer still returned.

Debbie: I haven’t been tested. My husband said, “You’ve had cancer three times so there’s no reason to go through it now.” I will discuss it with my kids though, and leave it up to them if they want to be tested.

Tonia pauses. Cancer changes your perspective on everything.

Debbie: Right. Mom was a housewife and the house was always clean. I think we felt we needed to be the same way. Then cancer changed that.

Tonia, laughing: When you’re in the middle of chemo, the house will be a mess. And now I know it isn’t a big deal. You realize a clean house isn’t important. You always have cancer looming behind you, so you must be grateful for every moment, even in a messy house.

Debbie: It’s always in the back of my mind, “What’s next.” I made it to the five year mark the first time, but then it came back. It was four years the second time. But you just have to stay positive and surround yourself with positive people.

Tonia: It helps that we work with kids. They are very “in the moment.” They help take your mind off cancer and keep things in perspective. And what good is it going to do to be negative?

Debbie: Sometimes I moan and groan a lot. It’s because chemo is hard on you. She starts to laugh. Plus my age is hard on me!

Tonia: I have a special source of support. I pull so much strength from Debbie. Once again, she stops to try to hold back tears, but then gives in and lets them flow freely. She is so positive. How can she be so positive? She was going through her second bout and was trying to help me! If I’m having a bad day, I call her and then I feel so much better. And my husband too. Sometimes, he doesn’t say anything. He just knows. And hugs me.

This second time is different. It’s different mentally because I know what’s coming. There are days when I just can’t do it and they kids have to help. They are 19, 14, 8 and 6. I feel like they just don’t get to be kids. My youngest asked, “Mommy, why don’t you ever feel good anymore?”

Debbie: Mine are now 20 and 16. My son has always been very caring. My daughter is a little unaware. She kind of “checks in” to see if I need anything.

Tonia: My advice to other people would be to listen to your body. Don’t think you have to be in pain to have cancer. The first time I had no pain. The second time was very painful.

Debbie: I would say to use your “moments” wisely. Even if it’s just to sit.

In 2015, Debbie and Tonia were named Survivors of the Year by the Springfield Regional Cancer Center. They are currently in the middle of the 2017-18 school year, Debbie with Greenon Schools and Tonia with Northeastern Schools.

One response to “Sisters Stick Together Through Their Cancer Journey”