The Origins of Skin Cancer and How We Treat it Today 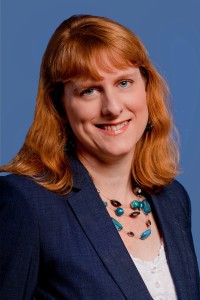 OHC’s Dr. Partridge practices medical oncology with a particular interest and specialty in cancers of the skin, breast, ovaries, lung, and colon.

During the Victorian Era, having tanned skin was not in fashion. Only workers who toiled in the sun had tanned skin. Thus, a tan was a sign that you were of the lower classes.

In fact, the upper class took great pains to keep their skin tones light by wearing clothes that completely covered them. They also applied make-up that contained lead, or used whitening agents with arsenic in the mix to lighten their complexion.

It wasn’t until the 20th century that tanned skin became stylish, completely by accident. Sometime in the 1920s, followers of French fashion designer Coco Chanel became fascinated with darker skin after she returned home from the French Riviera with a suntan. Her fans thought so much of her that they began tanning their skin, as well.

Having a tan was not only stylish, but it began to be thought of as healthy, and was promoted in the following decades through the medical profession, and the media.

In the 1930s, sun therapy became a popular prescription for many ailments, including tuberculosis. In the 1940s, swimsuits began to cover less, and advertisements encouraged sun bathing. The movement was reaching its peak in 1971 when Mattel introduced the bronzed Malibu Barbie, complete with sunglasses and sun tan lotion.

The popular myth surrounding sun bathing seemed to say that it was healthy to get sun, and you looked better with a tan.

We have since learned, however, that while a tan can give the appearance of health and vigor, it can actually have the opposite effect since tanning is the primary cause of skin cancer.

Skin cancer, like other cancers, is caused by a genetic defect that allows skin cells to grow and multiply in an uncontrolled manner. The ultraviolet (UV) radiation from the sun can cause these genetic defects.

When you are sunburned, you have damaged your skin’s cells.

More than 3.5 million cases of skin cancer are diagnosed each year, and it is the most common form of cancer in the U.S. Skin cancer has several forms, and is characterized by a growth that has rapidly changed in size, height, or color. Skin cancer can be detected by using the ABCD method:

Courtesy of the National Cancer Institute.

The least common, but most deadly form of skin cancer is malignant melanoma, because it has the potential to grow not only in height, but also in depth, below the skin layers. If this happens, it’s possible that cancer cells might travel through the Lymph system and cause cancer elsewhere in the body.

The risk factors for skin cancer include exposure to the sun, fair skin, and also if you have blond-hair and blue eyes. The skin’s color or pigment is caused by melanin, a protein in the skin that filters or protects the skin from UV. The fairer your skin, or the less pigment it has, means there is less UV protection from melanin.

While it seems like skin cancer might be a disease that only people with light complexions will get, those with dark skin are also susceptible. They might see signs of cancer on the palms of their hands or soles of their feet.

As research has progressed, treatment has moved to the genetic level. New drug therapies are helping the immune system develop antibodies that will be able to fight rapidly growing cells. While there may be side effects to these new therapies, they will be less than what is experienced with chemotherapy, and result in an immune system better able to fight off the cancer.

A patient’s overall health seems to play some role in fighting cancer, as well, though it is unclear if a direct connection between one’s health and one’s cancer risk exists. What can be assumed, however, is that the healthier a person is, the more likely the immune system can fight off cancer.

Skin cancer prevention is simple: limit your exposure to the sun and UV radiation. If you use tanning beds, you should stop. If you must be in the sun, wear sunscreen and a hat, preferably one with a wide brim that will shade your entire head.

You should also consider wearing clothes that have SPF protection. Some clothing manufacturers are producing summer wear with a similar SPF found in sunscreen. This is important since most t-shirts only have an SPF of 2.

Skin cancer is one of the most common forms of cancer, but is also one of the most easily detectable and treatable. Taking steps to prevent sun exposure are key. Early detection is also very important. The cure rate is high when melanoma has been detected in its early stages. So check your skin periodically. If you notice anything out of the ordinary, contact your dermatologist.

While getting outside and being active promotes a healthy lifestyle, be smart about it. Protect yourself and your loved ones from the sun. Cover up with light-colored clothing, and use sunscreen. Skin cancer is largely a preventable disease, but only if you take the necessary precautions.