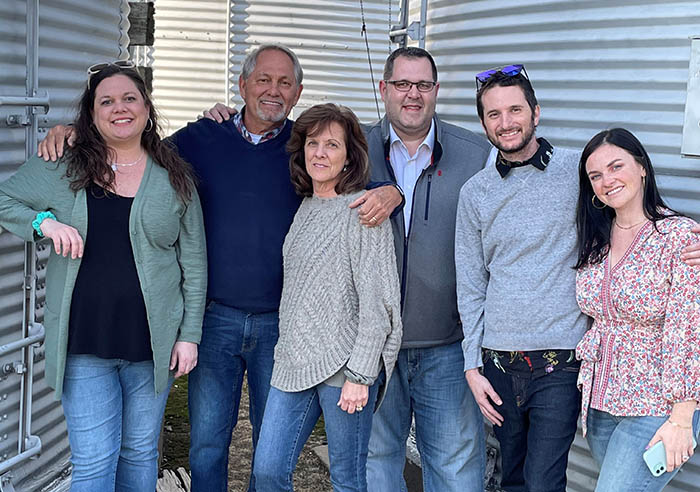 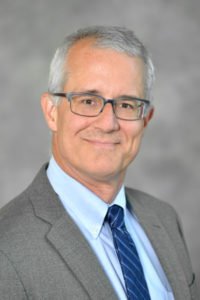 To endure, pull through, or flourish—for cancer survivors, it’s a daily battle. The National Cancer Institute considers someone a cancer survivor from the time of diagnosis through the balance of their life. Gary Carlson, a metastatic renal cell carcinoma survivor, will celebrate 10 years cancer-free in September.

Gary, a resident of West Chester, Ohio, was diagnosed with kidney cancer in November of 2009. The cancer had shut down one of his kidneys and spread to his other kidney, lungs, and liver. His doctor referred him to OHC’s Patrick J. Ward, MD, PhD, a medical oncologist and hematologist. Almost immediately, Gary’s survivor mindset kicked in. “I never admitted to myself that I had cancer,” said Gary. “I kept telling myself not to lose faith. I knew God had a plan.”

After an eight-hour surgery to remove a kidney and take the tumor off the vena cava, a vein that carries blood to the heart, Gary met with Dr. Ward. Dr. Ward recommended he join a clinical trial for Sutent, an oral chemotherapy. “I never really hesitated to join the trial,” said Gary. “Dr. Ward and his staff thoroughly explained that the benefits of being on the trial included being closely monitored with blood tests and scans.”

Gary began treatment in March of 2010. “The chemo worked miracles,” said Gary, who never missed a day of work from his sales manager position that involved traveling across the country. “I had manageable side effects and some neuropathy,” noted Gary. His cancer slowly started disappearing, and the small portion that remained in the upper lobe of his lung was removed by surgery in July of 2011. Every CAT scan post-surgery has remained cancer-free.

“Dr. Ward is one of my heroes, and his nurse, Lisa, was like an angel,” said Gary. He chuckles when he recalls Dr. Ward’s advice regarding living for the moment. “During one of my visits with Dr. Ward, I told him I wanted a Corvette, but my plan was not to buy one until I got the results from my next scan,” said Gary. “Dr. Ward told me to go out and get the Corvette. He always told me to live my life to the fullest.”

Gary, who did buy a new car (although it wasn’t a Corvette), found solace in prayer and the support of his wife of 40 years, Joni. During his most recent appointment at OHC on April 1st, Dr. Ward told Gary that his scans showed no signs of cancer and that he would no longer have to have follow-up visits. “I immediately called my wife, and my favorite song came on the radio,” said Gary. The name of the song—What Faith Can Do, by Christian rock band Kutless. It dawned on Gary that this song was also on the radio about 10 years ago as he received his first clear scan results.

Gary, now semi-retired, becomes emotional when reflecting on his survivorship and the impact cancer had on his entire family. “It has given me a new perspective on what is really important and reminds me not to fret over the ‘little things’,” said Gary. He deeply values the time he spends with his wife and three adult children. They still enjoy at least one vacation together every year. “Staying healthy is also vital,” adds Gary. “Thanks to Joni, I’m eating better and staying active.” He offers this advice for fellow survivors, “Never give up. No matter how bad reports are one day, they could be better next month. Don’t lose faith.”

June is National Cancer Survivor Month. To learn more about the survivorship services that OHC provides to patients and their caregivers, visit ohcare.com or call 1-888-649-4800.

Top picture: Gary and his wife Joni with their daughter Kristen, sons Jeremie and Jonathan, and daughter-in-law Kristen.

Most of us can remember playing with a dump truck as a child. There was something so satisfying about loading it up with...

"Blanket Lady" Uses Hobby to Provide Comfort to Others

Thoughtful is one way to describe Gail Theile of Maineville, Ohio. Retired from her 27-year career in real estate, she...